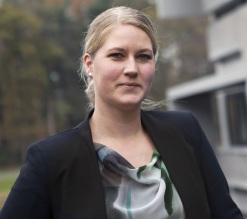 I am an Assistant Professor at the department of Information and Computing Sciences at Utrecht University, The Netherlands.

I am Communication Scientist in the multidisciplinary field of human-robot interaction. At the core, my research approaches communication from the sociopsychological tradition. This means I theorize communication as “a process of expression, interaction, and influence; a process in which the behavior of humans or other complex organisms expresses psychological mechanisms, states, and traits and, through interaction with the similar expressions of other individuals, produces a range of cognitive, emotional, and behavioral effects.” (Craig, 1999, p.143). However, I do acknowledge that objects may have social meanings in our everyday life and that the human psychology is shaped by the social context. Therefore, my research also takes notion of the phenomenological (that challenges the subject-object dichotomy within the sociopsychological tradition) and sociocultural (underlining that sociopsychological ‘laws’ are culture bound and biased by individualism) tradition.

My research is motivated by my intrinsic drive to understand human behavior and its underlying psychological and cognitive processes. My past research indicates a strong impact of people’s anthropomorphic evaluations of robots in the emergence of long-term acceptance. Envisioning a future in which the social abilities of robots can only increase, my research interest focuses on people’s social, emotional and cognitive responses to robots including the societal and ethical consequences of those responses. The end goal is to influence technology design and policy direction to pursue the development of socially acceptable robots that benefit society.